The History of Cornerstone Youth Center 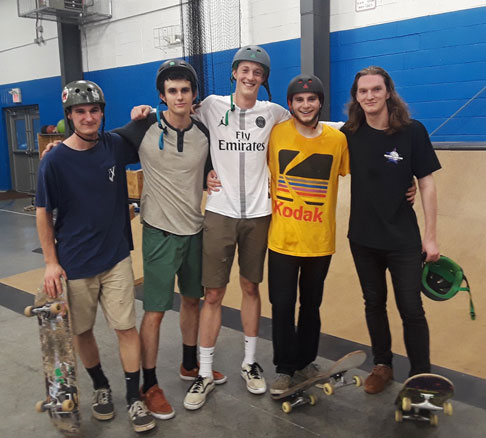 Spring 1998
J.D. Martin introduces his vision for a teen coffeehouse to 17 youth pastors in the greater Elizabethtown area.

March 14, 2001
The first meeting of the Board of Directors occurs. J.D. Martin is approved is the organization’s first paid Executive Director.

March 28, 2001
Early items of business include the development of purpose and mission statements, an operating budget, and a job description for the Executive Director.

December 2003
Christie Murlatt, an Elizabethtown College senior, is the first official intern (volunteer). A partnership is formed with Coalition for Christian Outreach, a campus ministry that partners with churches, colleges, and other organizations to develop men and women who live out their Christian faith in every area of life.

February 2004
The Board approves a move from a coffeehouse emphasis to a more structured community youth center.

Spring 2007
The Board of Directors studies whether to remain at Center Square or to search for a permanent home for the ministry.

October 2007
The Board of Directors submits an offer to purchase the 95 South Wilson Avenue property.

February 2008
With the assistance of volunteers donating more than 1000 hours of labor, renovations are made to facilitate the move in to Cornerstone’s new location.

March 7, 2008
Cornerstone reopens its doors in the new location, with nearly 60 youth attending on the opening night.

Spring 2010
Phase I bids for construction go out.

Spring 2020
The COVID-19 pandemic closes the Youth Center for 15 weeks.

Fall of 2020
The new addition of a 19′ Rock Climbing Wall is completed in the Skate Park.