Home / Our Staff and Board

Our Staff and Board 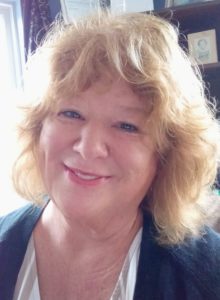 Laurie came to Cornerstone in 2008 in support of her husband, Jim, who had found it to be a welcoming location to share his love of skateboarding. In fall of 2009, Laurie accepted a part-time position as Cornerstone’s first Administrative Assistant. A few years later, her love for the youth and a desire to see the ministry grow made Laurie a natural fit for a newly created Associate Director position. Her attention to detail, her organizational skills, and dedication to Cornerstone has been evident throughout her eleven years of service. On January 1, 2020, Laurie stepped up into the position of Executive Director. She is married to Jim, they have one son, Carson, and live in Elizabethtown. They attend LCBC – Manheim. 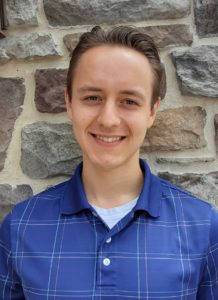 Jonathan began at Cornerstone as a youth in 2012 as he was attending Elizabethtown Area Middle School.  Jonathan always loved coming to Cornerstone after school to make new friends and enjoy activities like skateboarding, playing basketball, and drumming.  In high school, Jonathan completed the Certified Nurse’s Assistant Program at the Willow Street CTC.  He went on to receive a License for Massage Therapy and the Lancaster School of Massage.  Jonathan returned to Cornerstone as a volunteer in 2019 and has now accepted a position as the Coordinator of Youth and Ministries.  Jonathan is newly married to Judith, and they live in Elizabethtown.  They attend Calvary Chapel Church in Lebanon.  Jonathan and Judith love to spend time with family, hiking, swimming, and pretty much anything outdoors.  They both love youth and are excited to see the plans that God has for their lives at Cornerstone. 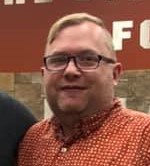 In November of 2019 Nathaniel and his family were looking for a place to serve together in Elizabethtown. Cornerstone was one of those places they looked at and after touring the building during youth hours, talking with Laurie, and seeking Gods will for them in that season, they became volunteers in January 2020. Nathaniel makes strong connections with the youth, has been very involved during weekday youth hours, Sunday evening skate hours, outdoors club, and several other special events. In late February 2021 Nathaniel became a member of our board of directors and served for a very short period before accepting this position in April 2021. Nathaniel works full time at IU13, and is a guys group leader in Calvary Church Student Ministries of Lancaster where he and his family worship together. Nathaniel, Susie, and Ruth live in Elizabethtown. 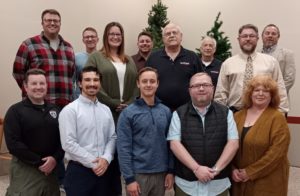 Michelle Bush lives in Elizabethtown with her husband Jim.  Together they have raised 6 children, own and operate Blue Collar Realty, and serve as pastors at Activ8 Church in Lancaster City.  Michelle loves God, her family, and her community and wants to leave a legacy of loving and serving well in each of those areas!

Noah is an English teacher at Elizabethtown Area Middle School.  He has served actively in various areas, to include, music, worship, and leadership roles at various local churches and ministries for the past several years.  He loves Jesus, people, and coffee!

Ken is president at a local accounting firm.  He has served on the board for over 20 years in a variety of roles.  Ken attends Hershey Evangelical Free Church.

Josh joined the Board in 2017.  He is an attorney focusing on administrative and government law.  Josh resides in Elizabethtown with his wife, Nicole, and son, Reid, and attends Elizabethtown Brethren in Christ church.

Mason and his wife Dara are Pastors at Trinity Full Gospel Chapel in Elizabethtown. He is passionate about seeing the next generation come to know their God and living a life of purpose here on earth. He has a background in the financial industry, construction engineering and instrumental music.

Mike Bryant grew up in Elizabethtown and serves as a Patrol Sergeant with the Northwest Regional Police Department. He lives in Mount Joy with his wife and two children. Mike and his family attend Elizabethtown Brethren In Christ Church.

John is the former Director of Construction Services at Messiah Village.  An avid woodworker, John lends his experience and skills to Cornerstone as our facility manager.  He attends Grace Brethren Church of Elizabethtown.

Norm, a former board chair, stays focused on the long-term goals of Cornerstone.  An active community member for over 20 years, he values how early impact in the lives of teens can create a better future for the community.  Norm attends the Alliance Church of Elizabethtown.

Board members may log in to the Secure Board Site here